Mallorca is an island that has a lot of variety for cycling. There are various climbs, which almost never go super steep. With an average of around 5 – 8%, almost every rider can get along well. Naturally, the descents are therefore less intense. The unpredictable and not always well-arranged hairpin bends do require extra caution. But with the beautiful views of the mountains and the sea, cycling in Mallorca is very popular. Thanks to that popularity, the crowds have increased enormously in recent years.

Cycling on the Costa Blanca

The largest part of the coastline of the province of Alicante belongs to the Costa Blanca. Cyclists are enthusiastic about this region because there are several climbs up to 1000 meters inland. The highest peak of the Sierra de Aitana, which can be reached by road bike, is the Port de Tudons, which you´ll find at 1024 meters. This almost 20 kilometer long climb starts practically from sea level and is a real challenge.

With its perfectly maintained roads, the wide variety of climbs with very different gradients and the great climate, the Costa Blanca is ideally suited for a good training.

The Valencia Tour is one of the first competitions of the new professional season. In 2020, 12 World Tour teams will participate, many of whom will spend their training on the Costa Blanca the weeks before. This year too we see a lot of professional teams cycling around on our well-maintained roads. Deceuninck-Quickstep, Sunweb and FDJ, among others, who all chose Calpe as their base.

In the Tour of Valencia, the fourth stage in particular will be spectacular. On Saturday, February 8, the cyclists will drive from Alicante inland and ride various climbs. The last of them, the one to the finish is the most challenging. Admittedly, the Sierra Bernia, which was recently re-paved and widened, is not very long with its 5 kilometers. However, with a number of parts with a gradient of 20%, it is certainly one of the toughest climbs! 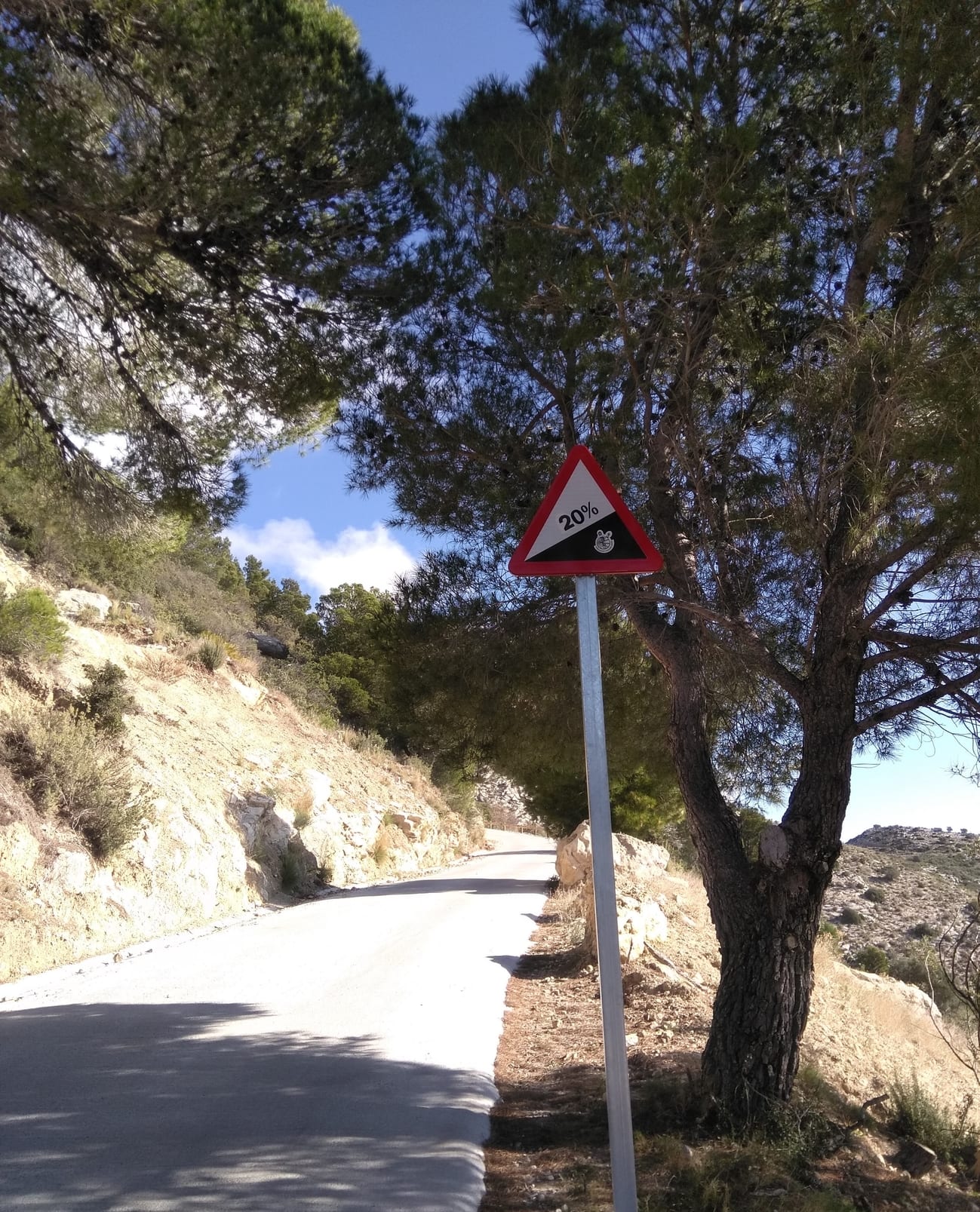 The choice to go cycling in Spain is therefore fairly easy. The final determination of the location thereafter may be more difficult. Both cycling on the Costa Blanca and on Mallorca is attractive. The roads are good, there is diversity in both climbing and flatter riding and the climate is practically the same. The increased pressure on Mallorca has ensured that the prices of the accommodations, hotels and bicycles have risen enormously. For many riders a reason to look for a minimally equivalent alternative. You can find it on the Costa Blanca.

Just like on Mallorca, there are plenty of bike rental companies on the Costa Blanca. However, we dare to say that we are not out to be the biggest, but certainly the best! With our Stevens Ventoux Disc Ultegra Di2 we only score 5 ***** reviews on our Google My Business Account so far. The fact that customers know how to appreciate this bike is of course due to the qualities of the Stevens bike, but certainly not less because of the excellent way of maintenance and adjustment. Book this bike here for your next bike training in Spain!